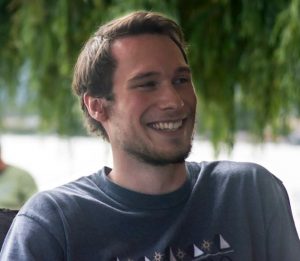 OK… Montreal turned 375 this year… and Canada turned 150… what’s going on… why is Montreal so much older, and what was happening before Canada became Canada?

These are the few questions that started me down a road that I think will last for many sporadic episodes in the future. I’m so curious now as to how Canada began… what was going on for all those years after Montreal was a city and before Canada was a country. When did the provinces start, what was the order they joined Canada in, what were the years… among so many other questions that come up once I start learning that there really are no simple answers or explanations.

To kick it all off I sit down with my buddy Nathan Walsh – a young and eloquent Canadian History buff – who tries to get me on track with some (we have lots more to cover) of the basics of what was going on leading up to Confederation and the culmination of the ‘Dominion of Canada’.

The main focus I suppose is “Colonial Canada” but some of the things we touch on include:

– The early French and English Presence (and even the Dutch)
– Upper and Lower Canada, what they are and where they were
– How “Profit” had an impact on Colonizing
– The Hudson’s Bay Company
– The Battle of the Plains of Abraham
– The English and French and their alignments with the Indigenous people of the area
– The Rebellion of 1837
– Lord Durham and his “Report”
– The Railway
– And how Nathan really likes and gets excited about the “Battles” (you’ll have to listen through to get the feeling;) )

All in all, It’s a lot more complicated and way more interesting than I ever knew or imagined. I will definitely be grabbing a couple more beers and sitting down with Nathan to drill him with more ignorant questions.